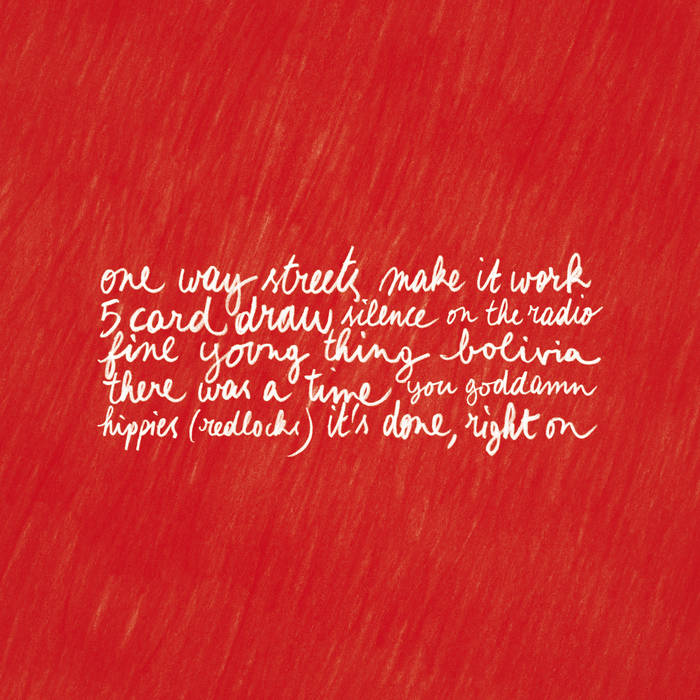 One Way Streets is the latest release from the sonic jack-of-all trades, Tom De Geeter. Following years of wide-ranging collaborative efforts with a veritable litany of musicians and bands (Zucchini Drive, Cavemen Speak, Nuccini, Gunporn, to name a few), De Geeter turned inward for the inspiration and coloration of a solo project.

The aforementioned One Way Streets has once again altered his personal tonal purview—evolving from a heavily rap-influenced sound to a near-unaccompanied, singer/songwriter-esque flow of vibrations, reechoing the artist’s explorations of self. At this stage in his evolution, there are nights spent alone, where all the keys fall silent and the friends and fellow musicians utter no further notes. In that wild quiet, Tom delved into the depths of himself.

What emerged was an album unlike anything he had previously affected. By eschewing the typical cadre of producers, sound engineers, record executives, and back-up musicians, De Geeter was able to focus in on the creation of a complex yet stripped-down album—one which is rife with stories and experiences transferred to the listener in harmonious expression, causing an instant (and very human) connection between teller and taker. The stripped-back, pithy delivery of word and note is different than what De Geeter fans have come to know and love. Yet, there is no doubt that the deeply personal and harshly honest tracks of the album strike a rich balance of intensity and calm—a unique display that engages the audience into an affixed gaze.

“Make It Work” is already wending its way around the Internet, while “Silence on the Radio” will be released shortly hereafter. De Geeter self-recorded the album; he went it alone to produce, mix, and master the record. The hermitage espoused in the self-contained endeavors is reflective of the dark, introspective touch lurking just below the liner notes of One Way Streets. Yet, De Geeter’s harmonious arrangements and tonal landscape are not so shrouded as to shun the listener. Rather, the lyric honesty engendered within the tracks gathers in the music lover, as though she has just been brought into Tom’s confidence and has been trusted to hear the inner-workings of the musician. Any given track appears to be a retelling of an event from the annals of De Geeter’s life history; via lyrical confession, Tom relates the experiences that have populated his living biography. The audience assumes the role of the preacher, silently listening through partition to the profession of a man who is not asking repentance—just that someone hears him.

De Geeter’s striking departure from previous sound-styles, via this latest work, highlights the continued evolution of his symphonic journey. Needless to say, Tom’s fans will be mellifluously slaked when they engage with One Way Streets.

written, produced, mixed and mastered by Tom De Geeter
except "One Way Streets" and "There was a Time" written by Rob Crooks
Artwork by Bert Dombrecht