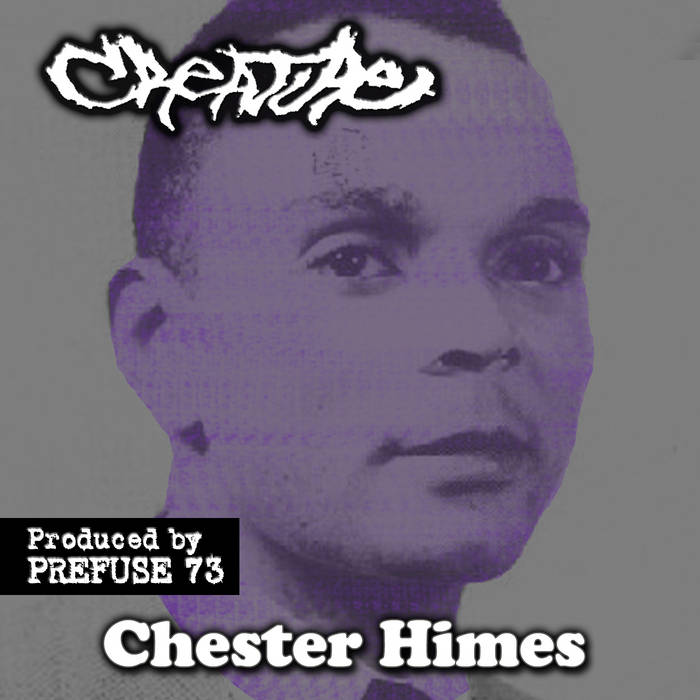 in New York City, there’s three landmarks that every tourist inadvertently has to see: the Statue of Liberty, the Empire State Building and Creature.

Rapper, published author and innovator of street salesmanship, Creature’s spot in Hip-Hop’s birthplace is one that every person winds up visiting. Originally one third of Beatnuts-produced 90s outfit The Triflicts, Creature rose to infamy by riding a self-propelled one man campaign picking up where New York legend Percee-P left off. After appearing everywhere from MF Doom’s album to a Tony Hawk video game, he self-released 2005’s Never Say Die, an album considered alongside Legendary Status and The Prelude as an underground hand-to-hand classic that featured collaborations with indie-rap darlings Slug (of Atmosphere), Jin (of the Ruff Ryders) and Busdriver (of Project Blowed). While the attention-garnering guest list was unlike anything the New York underground had ever heard, it was Creature himself whose East Coast Goodie Mob mentality made for a layered professional sounding release that sounded like nothing else in the independent Hip-Hop marketplace. leading to Creature performing in Russia, the Netherlands, Belgium, France, England, Spain, Scotland, Germany and This new found international exposure set the stage for Creature to conquer yet another medium. Released in 2007, The Underdog Manifesto was the first of its kind – not just a music industry “How-to” book, but one that explain “How-to” do it all yourself.

Being one who practices what he preaches, Creature then began booking his own bi-monthly concert series, the appropriately-titled The Coffee Grind, that not only allowed him to perform but give exposure to his fellow local acts alongside a showcase of such respected Hip-Hop legends as Camp Lo, Just Ice and Sadat X of Brand Nubian. Soon New York’s best kept secret became its crown jewel with coverage in The Village Voice, Juice Magazine and even The New York Times.

After performing around the world with such artists as Immortal Technique, Little Brother, Anti-pop Consortium, and Kool Keith, Creature has honed his live show to stand head-and-shoulders next to any touring act in the business today.

All songs written by Creature
All songs produced by Prefuse73
All songs recorded, mixed and mastered by Eddie Scissors at 20/20 Studios except where noted.